A Foundation is born

Photo: Geoff Whalan, I love the monsoon season series No.04 A- Nightcliff sunset

In December 2008, a dedicated steering committee of stakeholder representatives was formed to govern the event and the event management was outsourced. In 2009 and 2010 DAAF was managed with a memorandum of understanding with Top End Arts Marketing. In late 2010 the DAAF steering committee commissioned an organisational review. The aim of the review was to assess the potential directions for DAAF and how to foster a period of new growth, with strengthened governance and an expanded vision.

In 2011 the DAAF steering committee began to implement the recommendations of the review, transitioning to an independent not-for-profit foundation governed by a board of nine representatives with a minimum representation of three Aboriginal board members. It was agreed that board positions would include cultural leaders, Art Centre managers, peak body representatives and industry directors.

During this transitional year, a partnership with Darwin Regional Indigenous Advancement & Community Development Employment Program (DRIACDEP) was established to assist with opportunities for event delivery, Aboriginal employment and administration support. An event management firm was contracted to manage the event, which included a new program of public forums, workshops and tours.

On the 12th December 2011, the new Darwin Aboriginal Art Fair Foundation Limited (DAAF Foundation) Board met in Darwin for the first time and the organisation was formalised. Dynamic consultations then took place to develop a 2012-2014 strategic plan. The DAAF Foundation submitted registration to ASIC in early 2012, with an initial 42 Art Centre members as well as the peak Art Centre associations ANKAAA (now known as ANKA) and Desart.

On the 2nd March 2012, the Darwin Aboriginal Art Fair Foundation Limited was officially established, meaning that the Darwin Aboriginal Art Fair was owned and operated by a membership of Aboriginal and Torres Strait Islander Art Centres. The mission of the Foundation is to encourage the production of Aboriginal arts and assist with its promotion in an ethical business environment. It is committed to providing professional development opportunities for artists, designers and arts workers, and the ongoing contribution to the cultural aspirations of the Art Centres.

The DAAF Foundation’s family of events and programs:

The DAAF Foundation board and team:

The Darwin Aboriginal Art Fair Foundation provides vibrant and exciting platforms for Aboriginal and Torres Strait Islander art and culture with a reputation for innovation, diversity and cultural integrity.

Our mission is to plan, promote and run an annual Darwin Aboriginal Art Fair and related activities that: 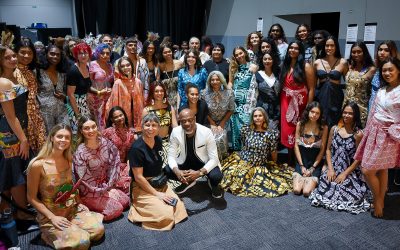 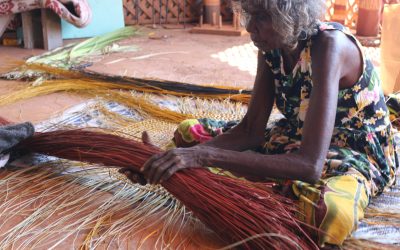 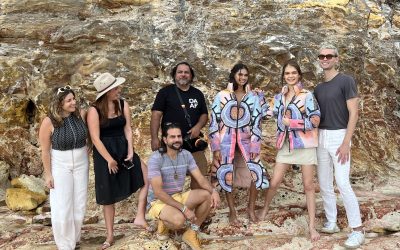 As seen in marie claire!

This August, Indigenous Fashion Projects joined forces with marie claire Australia to celebrate some of this year’s talented line up of NIFA winners, with a special shoot under the Top End sun on Larrakia Country. The vision came to life with First Nations...

The IFP Advisory Board